Euro Cross – What a Race!

Well done to Andrew Coscoran who was 2nd Irish man across the line in 40th position in a time of 18.55min over the 6km distance – What a run!!! Leaving Dublin airport Andrew was the 4th ranked Irish man!

These two pictures courtesy of Andrews Coach Brendan who was shouting at the sidelines! 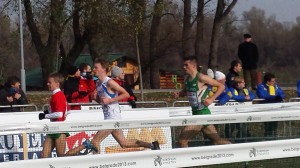 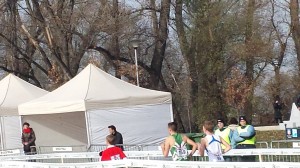 Irish Senior Mens Team finished a close 6th, it may be outside the medals unfortunately but 4 athletes in the Top 31 across the line in a European Championship  is excellent running! Well done to all the Irish who competed in todays Euro Cross Country Champs in Belgrade – next year its off to Bulgaria!

Junior Mens Results as I saw them come in:

All lined up on the start line of the junior mens race – Best of Luck Ireland!! 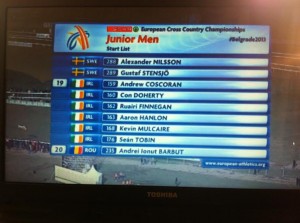 Getting all sorted in the call room: 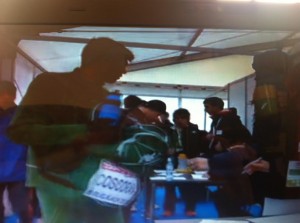